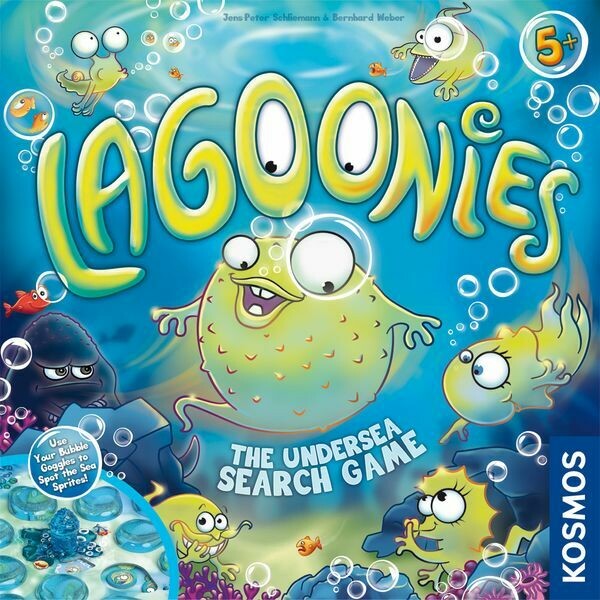 In a mysterious lake, shimmering gloop spirits are causing mischief, leaving even the fierce octopus to swirl its long tentacles in the water in frustration.

In Lagoonies, the players are bold and clever ghost hunters who must dive into this underwater world to collect as many gloop spirits as possible — but this is easier said than done as the spirits are confusingly similar, and where once you saw a globe spirit, a dive in the same spot might now reveal a worm spirit instead. Bring a good eye and fast hand to this ghost hunt!