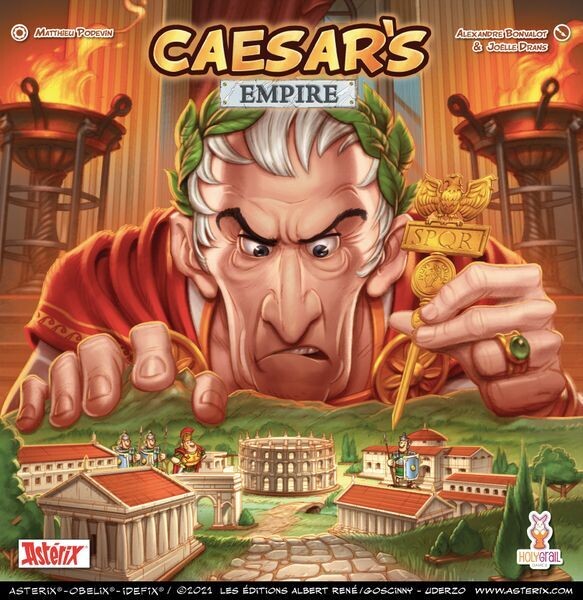 Caesar’s Empire is a 2-5 player game about building roads for the glory of Rome! Caesar’s Empire is set in the world of the beloved comic series - Asterix. However, instead of playing as one of the indomitable Gauls, this time around, you’ll be siding with the great Julius Caesar! As a member of his entourage, you’ve been tasked with expanding the limits of his empire.

The one who brings the most glory to Rome will be richly rewarded!

In Caesar’s Empire, you will be building Roads to connect Rome to new Cities across the board. Each time you build a Road, you score points. Every new City you reach will provide City and Treasure tokens that will be worth points at the end of the game. The game ends when Rome is connected to every City on the board. After adding the value of City and Treasure tokens to the points scored during the game, the player with the most points wins!