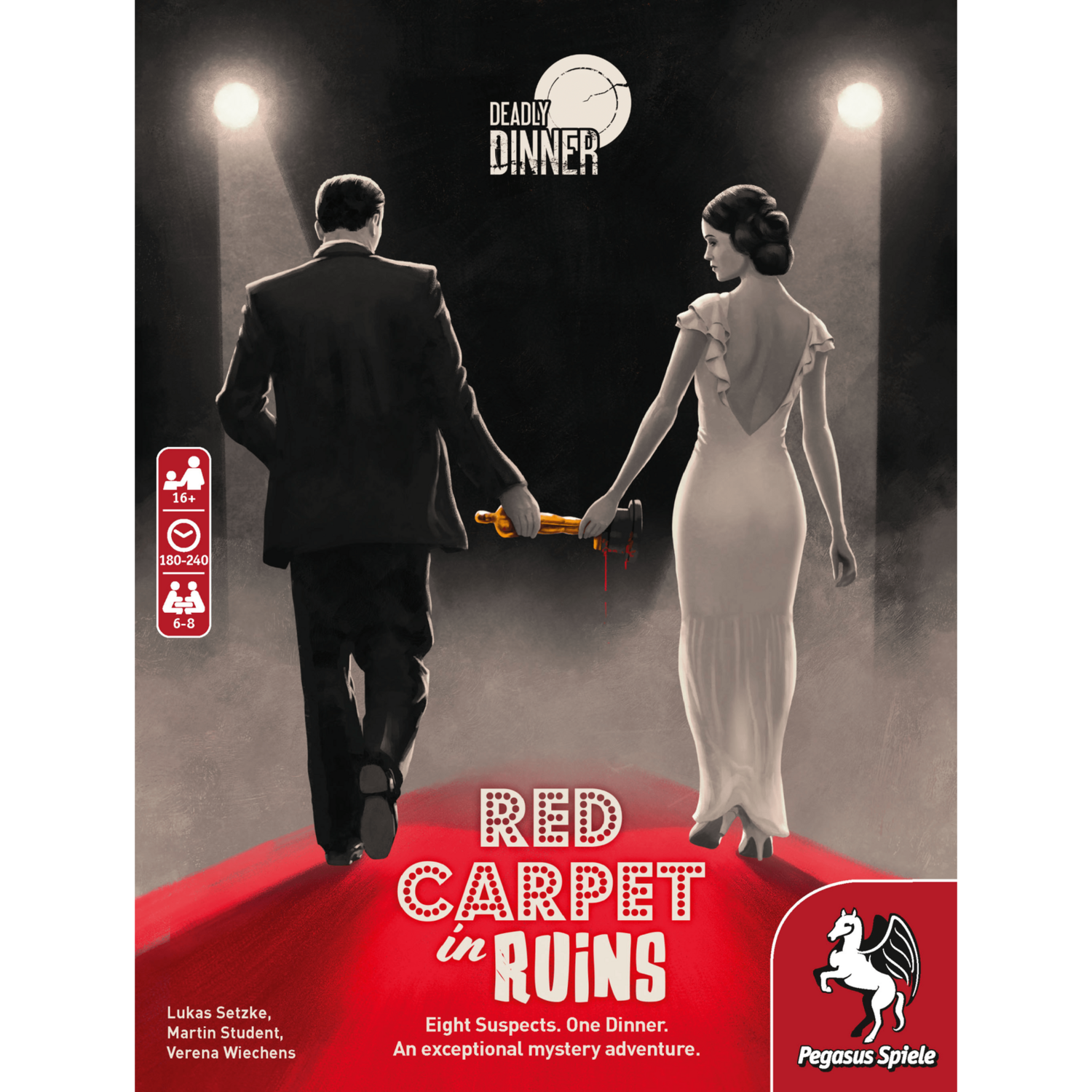 Hollywood 1959: A famous actor is killed on the set with his own Oscar. 6 to 8 suspects try together to expose the murderer among you.
Role distribution can be sent online ahead of the game.

As a host, you invite your guests to a dinner, during which you solve a mysterious death. But be careful: one of you is the murderer! In order to solve the case, you have to uncover shady intrigues and dark secrets and carefully challenge the other players. This is the only way to solve the crime!

Hollywood 1959: Everything happens on the set of the long-awaited Hollywood comedy "The Soldier Who Loved Me" where the popular movie star Henry Steward is found dead. One thing is clear: glitter and glamor cannot hide this violent and bloody crime. The culprit is among you!

Can you find out what happened? And can you solve the murder case?