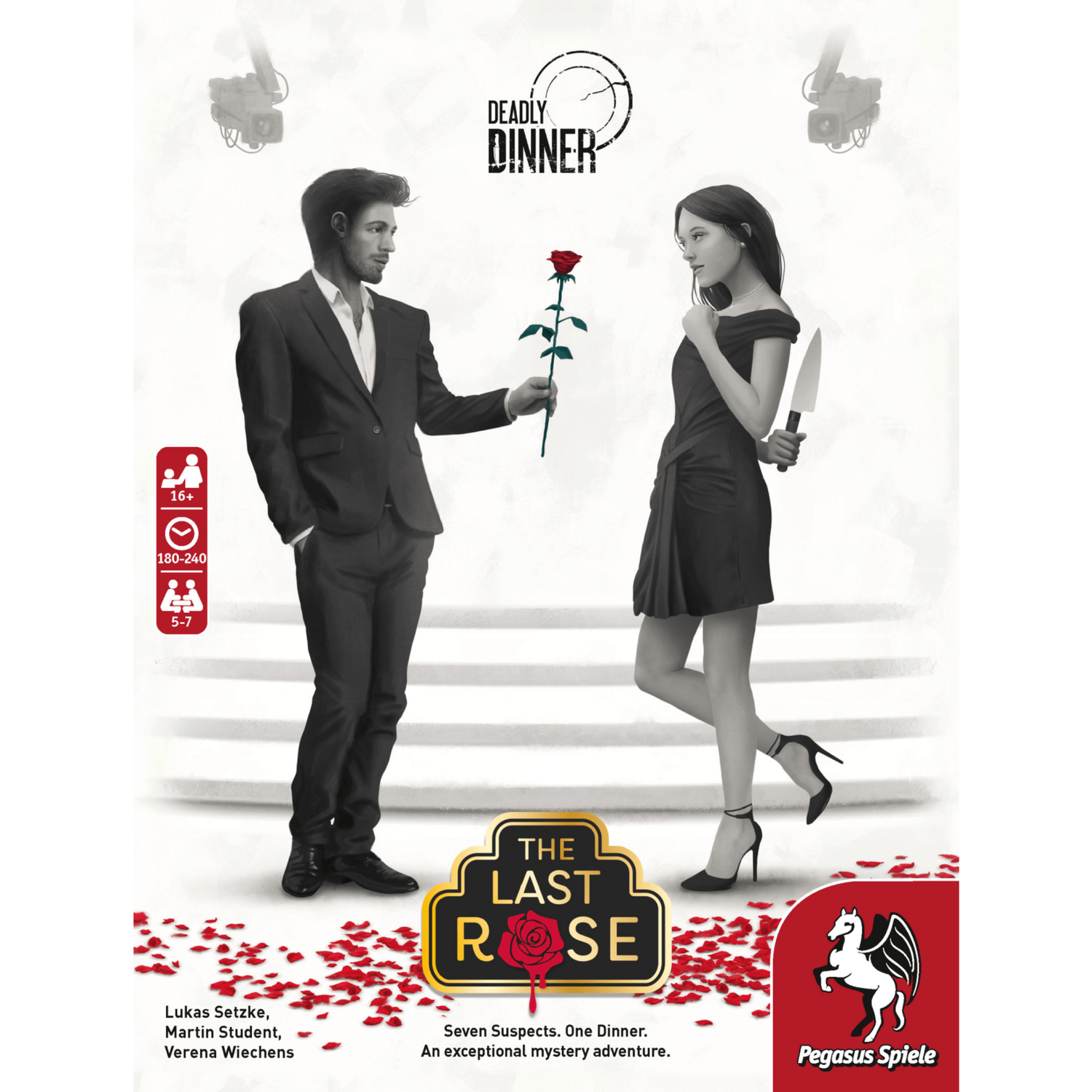 The second instalment of the "Deadly Dinner" series.

Each player takes on a role.
Role distribution can be sent online ahead of the game.

Seven suspects. One dinner. A puzzling social experiment.
Find the murderer among your group.

As a host, you invite your guests to a dinner, during which you solve a mysterious death. But be careful: one of you is the murderer! In order to solve the case, you have to uncover shady intrigues and dark secrets and carefully challenge the other players. This is the only way to solve the crime!

Can you find out what happened? And can you solve the murder case?