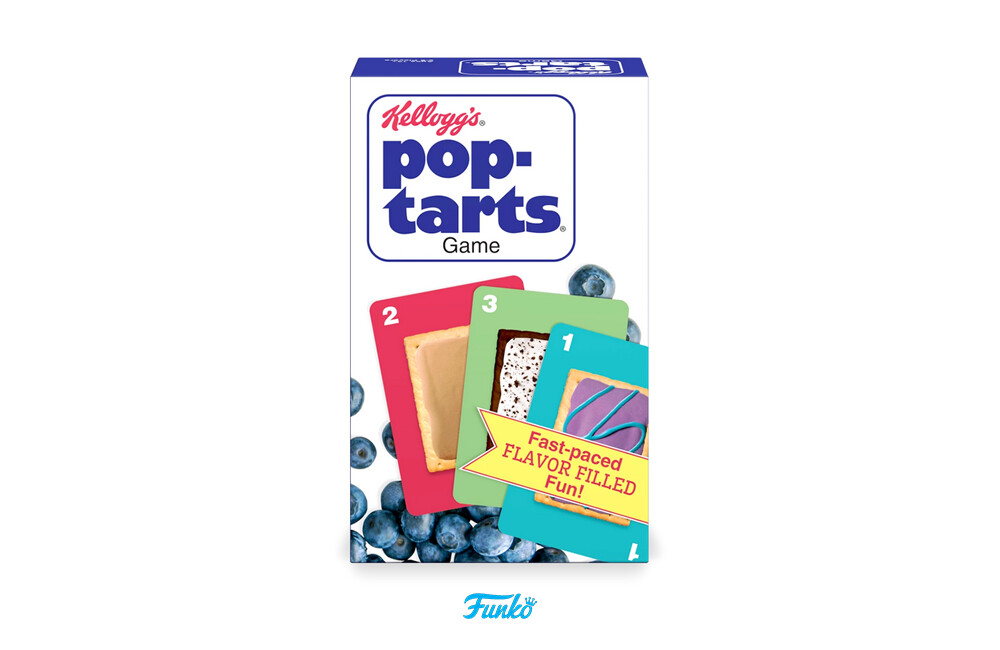 Neatly packaged in a foil-lined box that would look at home on a supermarket shelf, the game challenges 2 to 6 players to rack up points by “eating” Pop-Tarts. Players indulge in both toasted and frozen pop-tarts to increase their scores. Spoiler alert: frozen pop-tarts are a thing and they are delicious!

Gameplay is fast-paced and straightforward. A line of Pop-Tart cards is laid out between illustrations of a toaster and a freezer. Each card features a different flavour and point value. Players use action cards to manipulate the sequence of pastries and ultimately transfer them to their plates for consumption (and points). Bonus cards allow players to sweeten (see what I did there) the point haul. The game is over when someone passes the 30 point threshold, and the player with the most points is declared the winner